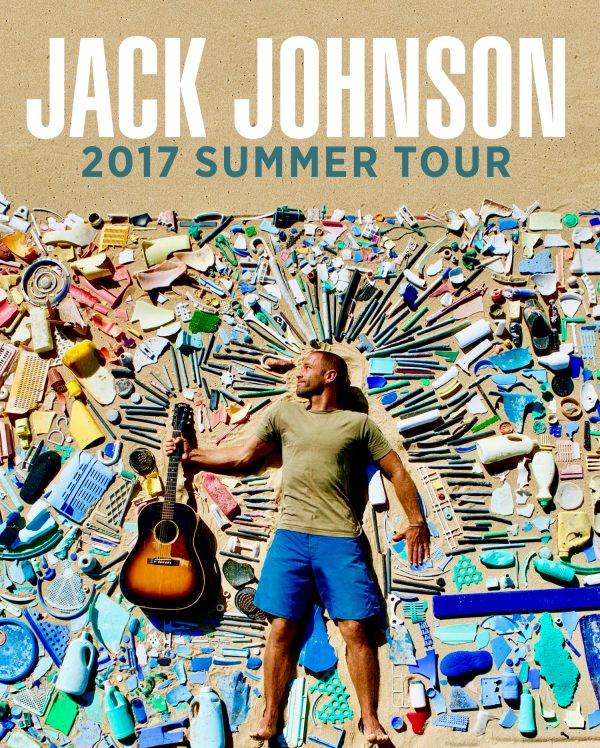 Today is the public onsale for Jack’s 2017 summer tour at 10am local time, except Santa Barbara bowl which is Saturday at 11am PST. Hope to see you at a show!

Fans who purchase a ticket will receive a free download of Jack’s new song, “Fragments”, from the film, The Smog Of The Sea, a documentary that provides a new perspective on the once pristine oceans of the world, while making an artful call to action for rethinking single-use plastic. Directed by Peabody Award-winning and Emmy-nominated filmmaker Ian Cheney (King Corn). If you’re not attending a show the track is available for streaming or purchase starting today. Photo by Morgan Maassen

**Due to overwhelming demand a second show has been added in Chicago, IL, on Thursday, June 1st. Tickets on sale now! https://www.ticketmaster.com/event/04005250DF5C5869